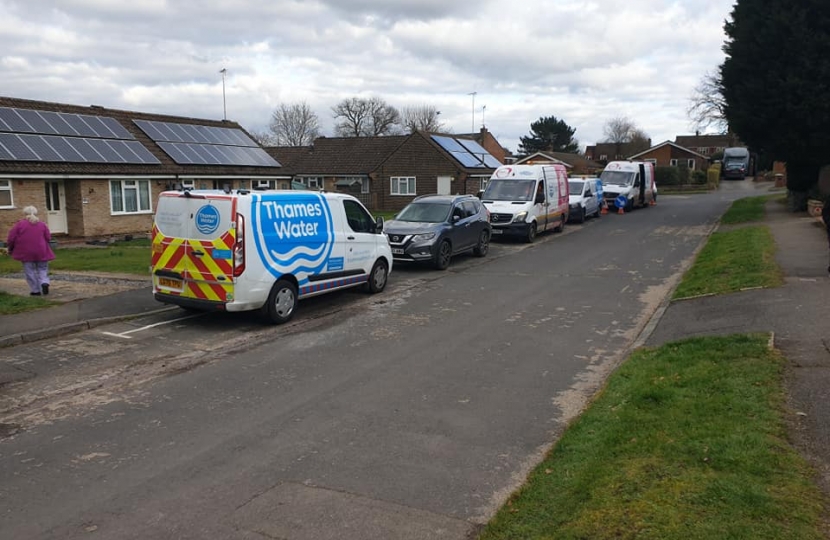 Following more than six months of unpleasant sewerage problems for some residents in Ewhurst, Thames Water has finally responded by visiting affected residents and clearing up after intervention from Angela.

Residents first raised the issue of polluted water being evident in the village’s culverts in September 2020 but initial follow-ups from Waverley Borough council and other agencies were not satisfactory.

Angela said: “After I received emails and images clearly showing sewage remnants in the water courses, I visited a number of the residents and their gardens in February to view and fully understand the problems.

“It was clear that this problem was dragging on and so I requested an urgent meeting with Waverley Borough Council to discuss and enact a solution at the end of February.

“After the meeting, the Council contacted Thames Water to investigate a potential main sewer issue but no timing was offered and so I spoke directly to Thames Water to raise the priority level of the investigation.

“I’m delighted to say that Thames Water attended promptly and identified a hole in the main sewer that was leaking into the surface water system. A temporary repair is in place until the works are completed.”

Angela Richardson MP paid a visit to Christ’s College Guildford on Friday as Year 11 students prepared for the next stage of their lives as they left the school in Larch Avenue for the last time.