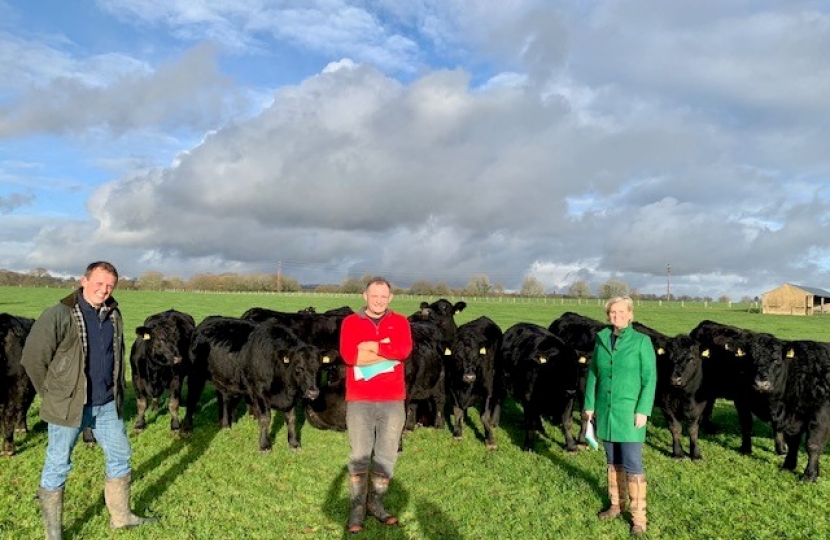 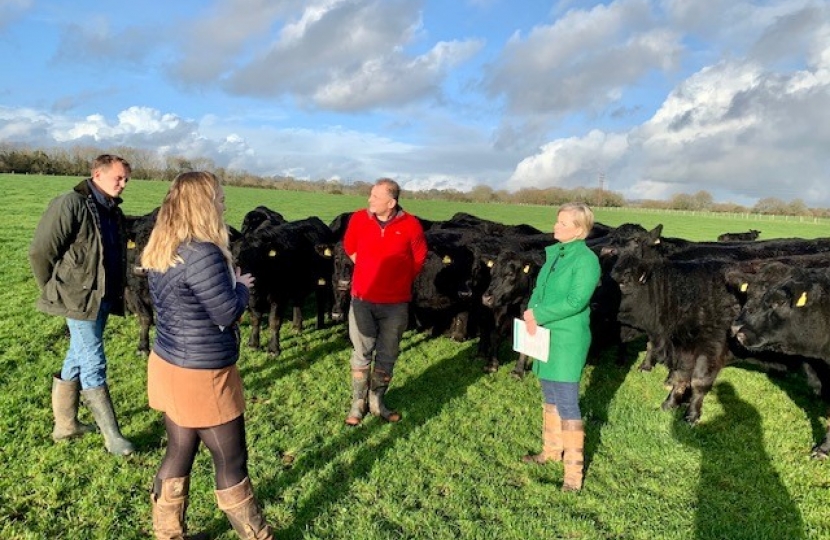 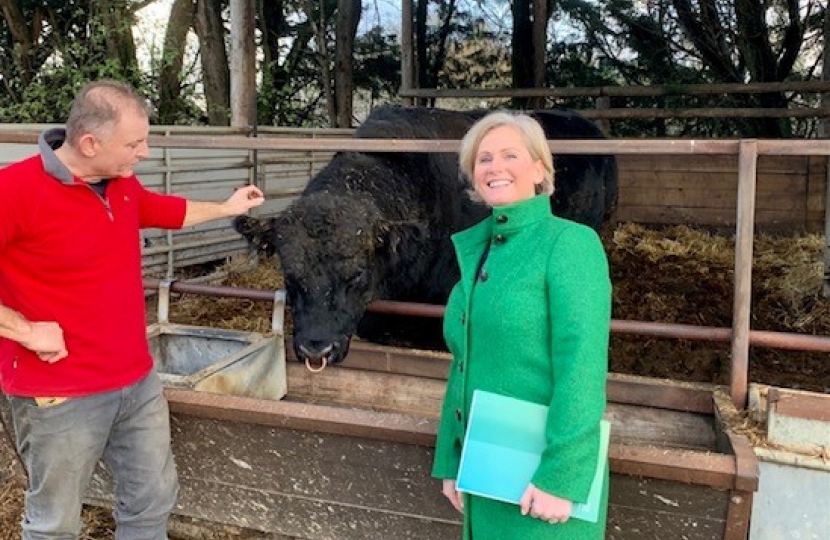 On Friday, 14th December, Angela Richardson, MP for Guildford visited a local farm to discuss important issues to local farmers. The visit was organised by Romy Jackson of the National Farmers’ Union. The meeting was hosted by Angus Stovold at Lydling Farm and was joined by Jim Simmons, who runs a farming business at Normandy. Angus Stovold is a pedigree Aberdeen Angus breeder and Jim is an arable farmer and contractor.

Some of the issues discussed included the increased use of footpaths that run through, or close to, farmyards and grazing grounds which could put people who live and work in rural areas at risk, as well as an increased risk to livestock due to much larger numbers of people walking dogs in the countryside as a result of the lockdowns imposed due to Covid-19.

Emissions from beef production in the UK is another topic which was discussed during Angela’s visit to Lydling Farm. British farming with its extensive, grass-based, grazing systems produces some of the most sustainable beef in the world. Emissions from beef production in the UK are about half the global average, according to the Government’s Committee on Climate Change. British farmers are very proud of their high standards of production and aim to farm in as climate friendly a way as possible with a view to achieving net zero greenhouse gas emissions.

Angus Stovold also raised the important issue of rural crime and its increase in the local area. The NFU’s ‘Rural Crime Hub’ is a fantastic tool for farmers to get information about the best prevention measures, how to report crime, including who to call.

Angela Richardson MP said: “I was delighted to meet local farmers and Romy Jackson of the NFU to hear about the benefits of livestock farming and the concerns the farming community.

“Farming is a vitally important UK industry making a major economic contribution, as well as meeting the majority of our domestic food consumption needs.

“Farming also plays an important role in managing our environment. Farmers are responsible for managing both important landscape features and providing habitats for wildlife of local, national and international importance. Farmland also plays a positive environmental role by acting as a carbon sink.”